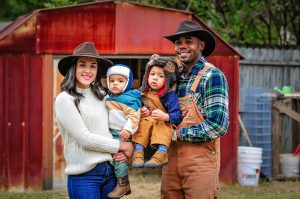 Buy processed chicken strips for $20 a bag or go home empty-handed. Those were Vincent Padgett Sr.’s grocery meat options during the global pandemic. The 25-year-old husband and father of two found himself scrambling in the shopping aisles — over limited and some of the most unhealthy food selections — when the coronavirus shutdown happened mid-March 2020.

“I decided to become a farmer that day,” said Padgett.

Fast forward seven months later. His Countryside Lake home in Memphis, Tennessee, is a grower’s delight called The Parable Farm. A reference to Bible verse Matthew 13:1-43. “Speaking in parables sometimes helps to get a point across as to why things are put in place,” Padgett said, “such as farming.” Going off faith and family support, Padgett remodeled his backyard into a fully operational poultry and produce setup. Padgett’s free-range venture includes a variety of egg-laying and broiler chickens:

The 40 chicks are backyard centered in a separate 10-by-10 wired pen. A brooder lamp provides substitute warmth to them like a mama hen. The other breeds cluck, peck, chase and mate around the babies in the open. Toward the back left corner stands a larger varnished chicken coop where roosting and egg collecting takes place. Along the backside of the yard are seasonal fruits and veggies. Fall crops growing now: kale, peppers, collards, blueberries and raspberries. On Sundays, his signature Southern fried chicken is table-ready. “The only thing we may go to the store for now is bread,” said the native Tennessean. 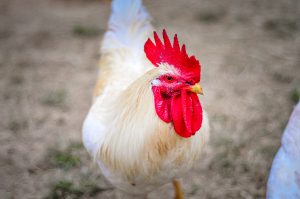 “Chick Days” at Tractor Supply Co. gave Padgett a blueprint to poultry small farming. As assistant manager for the rural lifestyle retailer’s Arlington location, Padgett attended virtual educational sessions from the start of the pandemic to mid-September. He learned best practices to raising a backyard flock. Tractor Supply partners with the U.S. Department of Agriculture, Livestock Conservancy, Centers for Disease Control and reputable hatcheries yearlong to offer beginner farmers the most suitable live chick breeds, poultry feed, coops and other supplies. Padgett received Post Office notifications to pick up anywhere between 50 to 200 chickens and ducks to bring back to Tractor Supply. He prepared the birds for customer pickup. Padgett ended up building up his neighborhood flock, too.

Tennessee ranks 14th nationally for broiler production and processing more than 6 million birds per week, according to the Tennessee Poultry Association. The Volunteer State’s poultry industry carries an economic impact of 5 billion, providing more than 27,000 direct and indirect jobs. The more Padgett developed his backyard poultry agribusiness, the more he learned about his and his wife’s past connections to growing crops and raising livestock. While “Chick Days” became a teaching tool in the meat department, it was Padgett’s father, Robert Padgett, who showed the young producer how to tend to chickens and cultivate rich crops within the city limits. 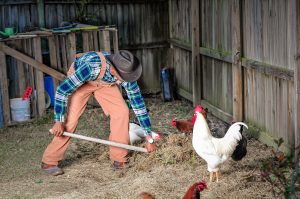 Robert vividly remembers his mountainous playground shared with eight other siblings. Steep hill slides and occasional encounters with timber rattlesnakes. “Before master gardeners were called master gardeners, my father was one of the first,” said a now 75-year-old Robert. “Everything you can think of growing in a garden he did. Everything.” Woodrow also raised ducks and chickens. Robert’s mother, Helen Gertrude, would ring the necks on Saturdays and had fried chicken ready to serve at the family dinner table come Sundays. Any extra fresh produce Woodrow farmed went to churches and community members. Now retired, Robert helps Vincent raise, process and butcher backyard chicken the old fashion way — cut, pluck, clean, weigh and freeze. Collectively they make a profit, selling whole organic chickens to neighbors or at area farmers markets.

While COVID-19 continues to cripple the nation, Vincent has been able to still hop a plane and earned firsthand chicken-raising experience. He traveled roughly 1,185 miles to Mexico’s largest state, Chihuahua, in September to visit his in-laws with wife Jennifer, 25. Although death in the family prompted the trip, Vincent and Jennifer returned home with new memories and new farming knowledge. Jennifer comes from a farming family on both maternal and paternal sides. She and her siblings would journey from America to Chihuahua to visit their grandparents every summer as kids.

“They had chickens,” she said, “and we helped milk cows. I’m happy that our two boys, Vincent Jr. and Jayce, are learning where their food comes from at young ages like I did.” 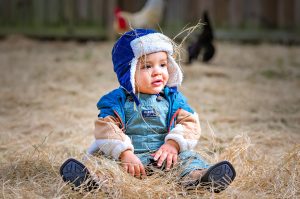 Jennifer’s maternal grandfather and uncle own and operate a 300-acre livestock operation surrounded by dry, rugged mountains and vast river valleys. “A takeaway her uncle shared with me was using natural remedies to keep my chickens healthy,” said Vincent, “like putting fresh onion and garlic in their water to help with their respiratory systems.” Vincent became a COVID-19 graduate of HBCU LeMoyne-Owen College during May 2020. He majored in business management and served in the Army Reserve. He earned his bachelor’s degree in a distressed downtown area that is currently experiencing gentrification and continues to push the city’s Black community into the outskirts.

And about an hour away from Memphis heading east on U.S. Highway 64 is the very place where Blacks of American’s Black Belt Region are still struggling on the land: Hardeman County. Its estimated population is just under 25,000. Hardeman County is historically linked to low education levels, poor quality of health and low quality-of-life conditions within the Black community. Which is why Vincent has been networking with young Black farmers of these counties and others to show them the possibilities in agriculture. Next, he plans to buy more land for his birds.

“I can literally show someone how to do what I’m doing in their backyard and get them set up in two months,” said Vincent. “I want more of us to see how important land and farming is to our livelihood.” Photos by Kevin Dantes 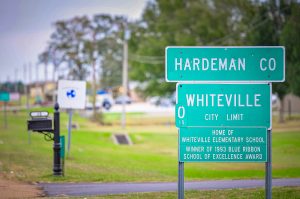