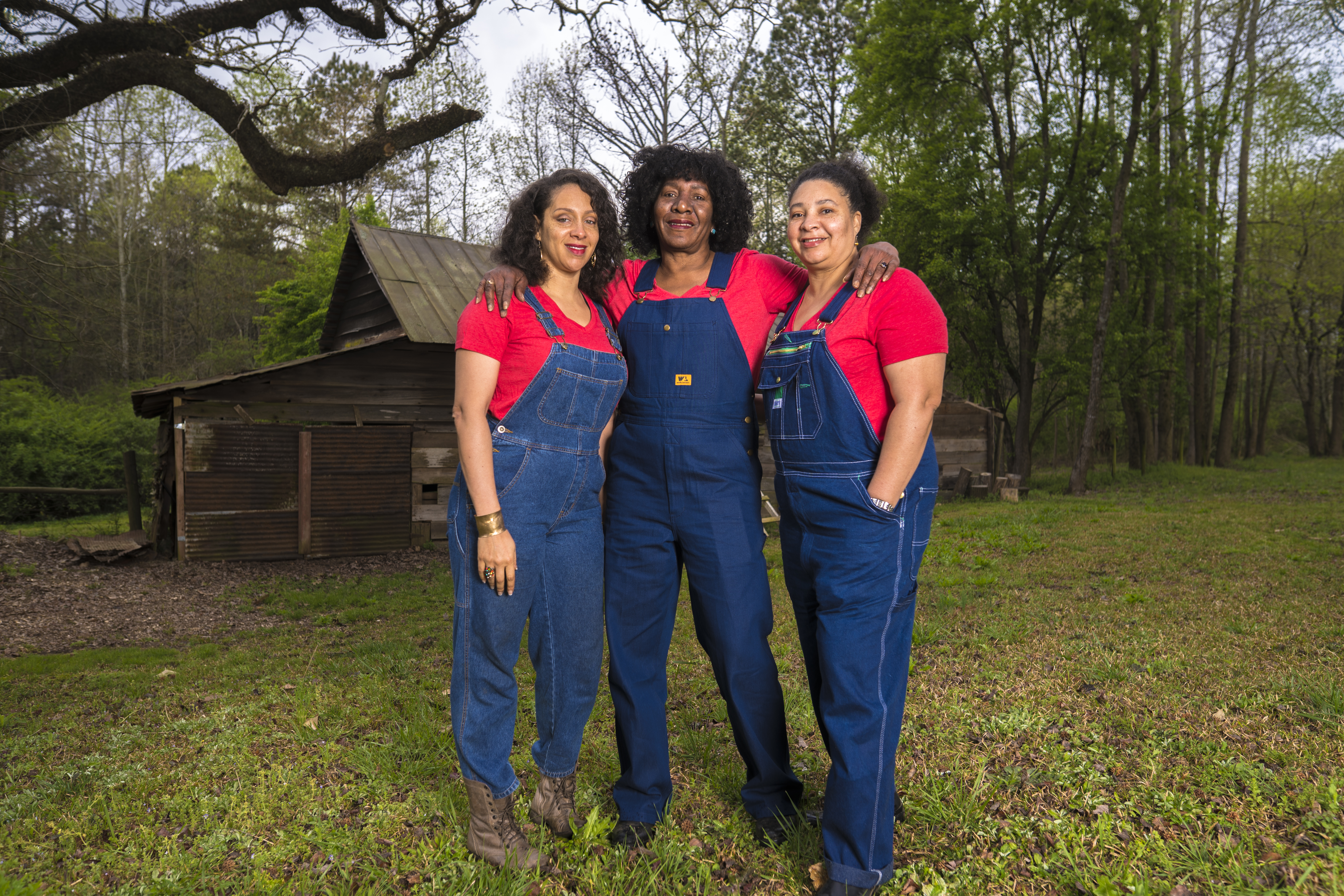 Semi-trailers, pickups and cars dart alongside the same path early 20th-century cotton wagons trundled to make gin deliveries. Scenic Hometown Highway 27 — originally known as State Route 1 — in West Georgia was once known as a prominent drop off point for the cash crop. It also became a long-time location for This Old Farmhouse GA, a 1920s-built, bungalow-style homestead that parallels the major highway. “This property was the longest-running gin homestead in Heard County,” said Tammy Harris, president of the Franklin, Georgia, farmhouse. “The gin operation lasted until 1955.”

Harris bypassed the farmhouse while house hunting with her mom, Bettina Vernon, during 2013. It exhibited visible symptoms of years-old abandonment. Dilapidated, cobwebbed and trapped among mounds of thicket. “It was perfect,” said Harris. “The architecture completely floored me when I walked inside.” Today, This Old Farmhouse GA is the state’s only museum owned and operated by three generations of African-American women. The museum unravels the rural experiences of the Black Belt Region’s textile industry, educating modern guests about early to mid 1900 farming practices and homestead skills common to Deep South traditions.

“I mean this place was far from anything the average person would be looking to purchase,” said Vernon, co-owner/groundskeeper of the farmhouse as well. “It was old, abandoned and the front door was still open, but it had interesting pieces to West Georgia’s textile past worth exploring.” Harris and her family were searching for a temporary residence until their farm home construction in Roopville, Georgia, completed.

A hunch prompted Harris and Vernon to circle back and walk in despite the farmhouse’s outward appearance. “The farmhouse is original,” Harris said. “It still had its original fireplaces and hardwood floors. The kitchen had these beautiful high ceilings. It also had these solid beams of hand hewn lumber, which still shows the saw’s teeth marks. The tongue-and-groove practices of the period are evident in the home’s floors and walls, too.”

Intuition led to a historical goldmine. Knowing they wanted to revitalize the farmhouse and its history, Harris decided to take on the 2-acre agritourism site as a family collaboration with her mother; sister Joan Vernon; daughter Kiyah Harris; and niece Taylor Vernon. “We purchased This Old Farmhouse GA in 2013 and opened it to the public three years later,” Harris said. “We ended up finding out more than we had anticipated in the process.”

Every time the family removed overgrowth from the grounds more history unveiled. The family discovered remnants of a workshop, smokehouse, corn crib/chicken coop, storm shelter, mystery relic and multipurpose barn behind the farmhouse. “We spent every month piecing the property and its outbuildings back together,” said Harris. “We searched for vintage doors, sinks and other household items from this time to help tell a forgotten story.”

Extensive research, oral interviews, court records and historical resources throughout the area revealed several families occupied and owned the initial 110-acre property throughout the 20th century. “J. M. Burns, a successful cotton gin operator and businessman in Carrolton, actually owned the farmhouse and another gin in Carroll County,” Harris said. “Although his Heard County gin was eventually demolished, his farmhouse and outbuildings have remained intact.”

To the family’s knowledge, Burns never actually lived in the farmhouse but allowed gin operators to lease it before officially selling the entire property to the Whites of Franklin. Burns purchased the estate from the Roop family of Roopville. He sold the property to Author and Pearl White, who lived at the farmhouse and operated the gin with their daughter Gladys until the 1960s. Two of his smaller homes were located on the property and lodged two African-American men as well. These homes have since been demolished.

Eventually, the property went from an active farming and homesteading community to dormant and decrepit. “The farmhouse is centrally located on West Georgia’s historic Textile Heritage Trail,” said Harris. “Knowing this information became even more of a reason for us to clear the grounds and share it with the public.” The trail stretches from Columbus to Dalton, Georgia, documenting stories about the culture and history of West Georgia’s textile industry.

When visitors enter the space, Harris hopes they take away three important points about the region: rural families had economic, social and spiritual connections with the land; the production of textiles in the South played a historical role that transformed the West Georgia landscape; and early Southern homesteading and farming principles helped create a cultural heritage of farming families. “Guests will see that both the farmhouse and outbuildings were designed for practical purposes,” said Harris. “Each one was strategically constructed and located to maximize space like easily managing farmhouse chores. The grounds instantly show how Southern life looked back then.”

To keep the estate’s rural farming traditions alive, the museum cultivates a garden of fresh fruits and vegetables using organic practices. “We garden to give hands-on training in planting and harvesting to beginner farmers,” said Joan Vernon, secretary of the farmhouse. “Our instructional classes even show visitors early farmer food preservation techniques like canning and pickling.”

Since the core of the museum is to preserve and pass down Southern farming customs, the family also offers educational tours, historian retreats and conservation workshops throughout the year. “What makes us unique in Georgia’s agritourism sector is that we make sure the story we’re telling is not only accurate but inclusive,” she said. “This Old Farmhouse GA shares the stories of not just the landowners. It’s about the tenants, sharecroppers, women and African-Americans residents who engaged in farming and homesteading practices of this timeframe. That’s important to us.”

African-American museums like the farmhouse date back to 1868 with Virginia’s Hampton University Museum. This educational niche gained more momentum during the 1960s and surged in the ’70s due to the Black Power, Black Arts and Civil Rights Movements. The Civil Rights Movement alone motivated the development of Southern-based museums since the events that materialized from it were so extreme and unforgettable.

Subject matter of African-American museums across the nation focused primarily on themes such as slavery, art, music, baseball, civil rights, Tuskegee Airmen and Buffalo Soldiers. The 2016 opening of the National Museum of African American History and Culture in Washington, D.C. also reinvigorated the field with its national coverage. The following year, the South’s African-American history combined with technology to develop a new digital tool to retell the Black Belt Region’s neglected narratives.

The South Carolina African American Heritage Commission developed the Green Book Mobile App to mimic the original Negro Motorist Green Book. The book was published to guide residents and tourists to destinations that accepted and appreciated black culture and traditions. “This Old Farmhouse is significant to recent increases in tourism to African-American-owned museums and digital storytelling,” said Harris. “People want to know where they came from and who their ancestors really were. Our museum gives real, tangible insight to the remarkable impacts of ordinary farming and homesteading practices across the state and Southern region.”

Who. Is. Lucy? And why is an unauthorized power line cutting through her burial...

Think of him like an organic crops curator. He travels above and through Georgia’s...